Shaming Men Is Only Going To Make This Thing Worse….

SHAMING MEN IS ONLY GOING TO MAKE THIS THING WORSE.

What follows in my OPINION. Not fact. Not even truth maybe.

But my opinion… as a woman.

As a woman who is married to an incredible man.

As a woman who is mother to 3 incredible young men.

As a woman who was sexually abused as a child, by a man.

As a woman who was raped at gunpoint, by a man she was dating.

As a woman whose self proclaimed mission is to create a sexually safe world for everyone in it.

As a woman whose heart is breaking for this world, at this point in time.

I have had many messages from people asking what I had to say about the recent rape and murder of a young Melbourne woman. And my answer has been – I am thinking about it.

Because in the first impassioned moments of outrage and horror that another young person has lost their life to an act of violence, it is very easy to pick a target, shout loudly and make the issue seem incredibly black and white.

And this is what I have been thinking about. This blanket approach that seems to the be the initial fear driven response in a situation like this.

Make someone wrong, and then apply shame.

A few years ago I delved into some incredible work, presented by the likes of Brene Brown, Pema Chodran, Kristen Neff & Stuart Brown about shame, resilience and behaviour change. And without fail, they reiterated that people in shame DO NOT CHANGE THEIR BEHAVIOUR.

If anything, shame drives them further from their potential to do the “right” thing. It pushes them further into the margins. It isolates them, angers them and increases their chances of repeating the shameful behaviour – because they are already “that person”.

SHAME DOES NOT WORK

And right now, I see a lot of shame being levelled at men in general.

Both at perpetrators of violence and good men, equally. That by the simple act of being a man, they are wrong from the beginning. That sexual violence is a man’s problem.

I know this will not work to change anything.

So my response to this recent rape & death, one of far too many, is this:

SEXUAL VIOLENCE IS A HUMAN PROBLEM.

This is NOT just a women’s problem. In fact, the statistics would say it is very much a problem both men and women are encountering FAR TOO REGULARLY.

We hear that the stats are not even correct because women are too afraid to even report, due to the way the legal system treats them. I agree completely.

And I wonder how it must feel for a man to present to a male police officer and admit he was raped.

I wonder how much empathy he receives.

And I wonder how it must feel to be a man presenting to a male police officer and admit he was raped.

I wonder if he is met with judgement, misplaced homophobia & blame, or if he is seen simply for what he is –  a human that has suffered at the hands of another.

I wonder how much shame a man has to go through to present at all.

My guess is as much as women do.

THIS IS A HUMAN PROBLEM

Hurt and violence is not always inflicted by an imbalance of power.

The aggressor is not always some stranger on the street that is sociopathically inclined.

Sometimes the simple truth is that hurt people, hurt other people.

Because they do not know any other way.

Because, well, the list is endless. And shaming an already hurt, scared, traumatised person will not result in a safe outcome.

This is not a male problem. This is a human problem.

WHAT CAN WE DO ABOUT THIS HUMAN PROBLEM?

Instead of telling girls to be situationally aware, instead of responding by telling boys not to rape, lets have some better conversations.

Let’s not tell anyone to be “situationally aware” and lets tell everyone not to rape.

Let’s be honest about sex – that it can be a pleasurable, incredible gift – for some, a sacred act even.  Let’s stop telling them that it is all about a condom, a banana and the hope they don’t get pregnant or diseased.

Let’s stop being afraid of the tough conversations – when we shy away from this, we are only leaving them to flounder in a bewildering sea of digital misinformation.

Let’s stop letting the media decide what a girl should be, do and say, and how a boy should act, talk and think. Let’s challenge every single damaging, stereotypical, nonsensical message that is put out there that encourages inequality, bodies as commodities, sex as a bargaining tool, one gender in power over another, boys as aggressors, girls as gatekeepers.

Let’s stop pretending that violent video games and hyper violent films do not impact a young developing mind. Read the research – stop taking the path of least resistance and accepting that this is just “kids these days”

Let’s help our young people find their way through the quagmire of shit that is media and marketing. Let’s teach them to think critically. Actually, if I want my child to be “situationally aware” somewhere, it is while they are online or watching TV. They need to be hyper vigilant then.

And I hope that around them, they have other HUMANS who are being taught the same thing.

Because we need enough PEOPLE to know, and practice these things to effect any kind of change long term.

We need to elevate ALL HUMANS in order for this to work.

And we need to look to our own stuff, before we get busy pointing fingers out there.

Let’s all tidy up our own shitty behaviour in our relationships.

Let’s model deep self care, self love and self respect.

Let’s show our children love in action by the way we relate to all our friends, to our family members, to our love partners.

Let’s look at our own language about the the opposite sex.

Let’s build each other up instead of tearing one another down.

Let’s show our kids how to do this. 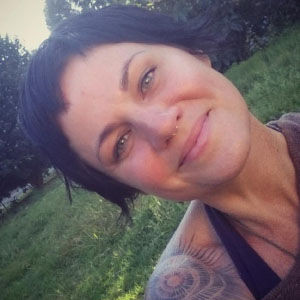 Lily Isobella is a Yoniverse Workshop Facilitator and has a background in Herbal Medicine, Naturopathy & Counselling, Lily has specialised in women’s health, and specifically recovery from sexual trauma for over 2 decades.  Between her private practice and her speaking career she has helped thousands of women claim back their health, vitality, body sovereignty & mental well-being after instances of sexual abuse, rape, violence & trauma.